Scott received his bachelor’s degree from Lehigh University in 1985, where he graduated cum laude. He received his law degree in 1988 from The George Washington University, National Law Center where he was a member of the George Washington Law Review. In 1989, Scott received a master’s in law degree from Cambridge University, Darwin College where he concentrated in international law and commercial transactions. Scott began his legal career in New York with the law firm of Sherman & Sterling where he practiced mergers & acquisitions, finance and general corporate law. From 1994 to 2000, Scott was in private practice in Princeton, NJ where he practiced corporate / transactional law and served as outside counsel to various corporations. From 2000 to 2005, Scott served as General Counsel for Starpoint Solutions, LLC a technology engineering company headquartered in New York City specializing in IT staff augmentation, application development and product integration.

In 2005, Scott established Scott Magliochetti, LLC (aka MagLegal) through which he continues to practice general business / corporate / transactional law and serves as outside general counsel for several companies. 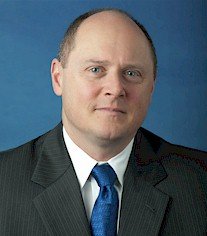 Scott is admitted to practice law in New Jersey, New York and The District of Columbia (retired).

Scott has served on several boards of directors and his past and present involvement in professional and civic associations include:

How may I help you?

MagLegal’s clients include service businesses, retail stores, staffing organizations, software companies, manufacturers, professionals, entrepreneurs and many other types and sizes of businesses. If you are ready to achieve your business goals, contact an experienced business attorney who can assist in formulating an effective plan to achieve it. Send us an email or call us today at (908) 281-7624.